Founded in 1865, the Olathe Memorial Cemetery contains much rich history within its gates. When Olathe’s founding fathers planned the layout of the city in 1858, no provision of land was initially made for a cemetery. Since church yards were the traditional burying ground of the times, a member of the city suggested that burials be made in an ironically church-less plot of land they called “Church Square”; this land is now bounded in by Willie, Prairie, Walnut and Mulberry Streets. Located far out of the way of the established town, it was an inconvenient place to bury the dead in the mid-1800s.

In 1865, Mr. Watts Beckwith—a prominent Olathe businessman—had decided he’d had enough of it and took it upon himself to set aside ten acres of his land for a cemetery. He didn’t wait for the approval of the city either. The first burial in the cemetery was his sister, Elvira Beckwith, who passed away the same year Beckwith established the cemetery.

It wasn’t until the railroad right-of-way cut through the original cemetery at “Church Square” that it became necessary to move those graves to the present location. This is why several stones in the cemetery bear dates earlier than 1865. No trace remains today of the “Church Square” burial grounds, though its history has been quite literally transplanted here.

The cemetery is filled with people who established new lives in Kansas during Westward Expansion. Not far from Elvira Beckwith’s monument is a stone marked ‘Alger and Nelson’ who were two families of settlers who came in 1859 by covered wagon. Also nearby is a monument marking the Reverend I.C. Beach, Olathe’s first minister, and his sons A.D. and Edward who were two of Olathe’s earliest physicians.

Two Kansas governors are also buried in the cemetery. John Pierce St. John and George H. Hodges. St. John was governor for two terms, 1878 and 1880. In 1884, St. John was a candidate for President on the prohibition ticket. St. John received so many votes in New York State that the Republican candidate, James G. Blaine, was defeated and Grover Cleveland was elected. 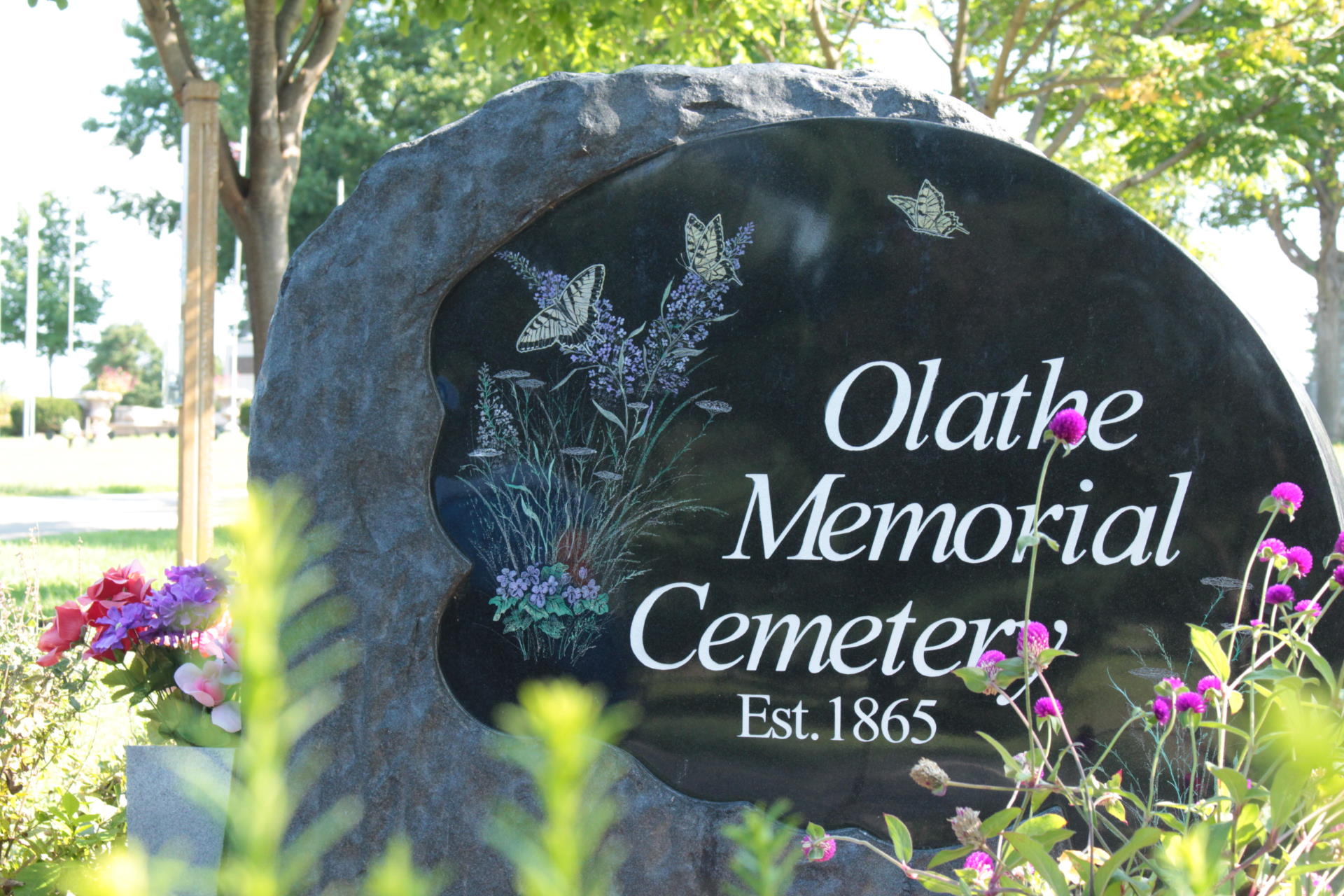 George H. Hodges was governor for one term in 1912. During Governor Hodges’s administration, women in Kansas were recognized as capable and valuable in their skills and capabilities and were placed in key administrative positions throughout the state. Governor Hodges also improved the conditions in existing state asylums, building the tuberculosis sanitarium in Norton and the asylum in Larned.

The cemetery is home to many patriots who fought and, in many cases, gave their lives for their country. The Civil War Circle hosts soldiers who fought in the War Between the States, Union and Confederate. The statue was a gift to the city from the Olathe chapter of the Grand Army of the Republic in 1893. An 1861 American flag flies above the statue. The World War I Circle is the resting place for those soldiers who served in WWI, WWII, Korea, and Vietnam. The WWI statue was donated by the American Legion.

To read more about the figures buried here, take our Olathe Memorial Walking Tour! You’ll meet all kinds of folks: from doctors, lawyers, and politicians to Civil War soldiers and nurses, to gunslingers, desperados, and early pioneers… Step into history with us!